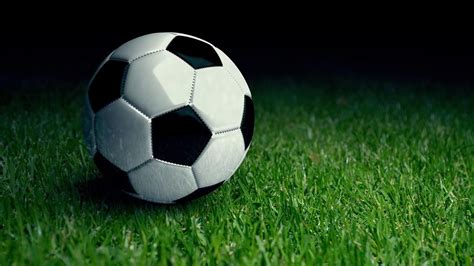 ‘Kick’ is the 2022 Bill Cashmore Award winning play which will headline the Evolution Festival at The Lyric Hammersmith from 1st – 4th March, 2022. It is written by Martha Watson Allpress, directed by Yasmin Hasfeji and designed by Xinping Wang. Tickets on sale soon.

Covid meant that we couldn’t administer The Bill Cashmore Award in quite the same way as planned. After the 2020 success of Screwdriver by Eve Cowley and Elin Schofield we chose the play Pic ‘N Mix by Alfiah Brown for 2021. With the theatre forced into darkness for much of the year we had to think laterally. Alfiah was given the majority of the promised mentoring, training, and opportunities to develop her idea into a longer play but sadly there was no 2021 festival for her to headline, and she also found she needed to focus her attention in other areas in order to navigate her own way through the pandemic.

Despite these challenges Alfiah has developed and expanded Pic ‘N Mix through R&D at the Lyric and support from the Lyric artistic team, and from friends of Bill’s. Thanks to clever accounting and administration by the Lyric Hammersmith, as well as a huge amount of hard work and goodwill on their behalf, we have been able to stretch those funds raised back in 2020 to encompass not just the support given to Pic ‘N Mix but also to a second play, written by emerging playwright Martha Watson Allpress, which will headline the 2022 Evolution Festival. ‘Kick’ confronts head on many of the tensions, dilemmas and challenges faced by young women today, all through the delightful prism of women’s football (a sport close to Bill’s heart). ‘Kick’ will be brought to the stage by a team of energetic young women from diverse backgrounds including Martha herself, director Yasmin Hafesji, and designer Xinping Wang.

That we have been able to stretch our resources to support not one but two plays is thanks also to the generous time and expertise donated by some of Bill’s talented friends. A special shout out must go to Simon Snashall, Jane Nash and Dan Milne for the workshops and mentoring advice and expertise they have each provided.

Why do we do all this? Well, a quote I read recently in the Guardian, by playwright James Graham summed it up for me. He said that he was always working towards understanding his characters better, especially the ones he doesn’t agree with. He said:

“That’s why I think the death of drama in schools is terrifying, because drama forces you to interrogate and empathise with people you don’t like. Twitter is an outrage machine and theatre is an empathy factory.”

The sort of work we want The Bill Cashmore Award to engender and bring to the stage will help us all be part of that empathy factory, help us all to interrogate and work towards understanding those we don’t necessarily like or agree with and try to counteract some of this corrosive divisiveness pervading our society.

As for our inaugural Award winner, Screwdriver, it had several bookings planned for 2020, most of which Covid splattered, as it did so many things, but a performance at The Crucible, Sheffield, resulted in Eve and Elin receiving an ACE grant which will enable them to do further R and D on it next year in preparation for a 2022 tour, including incorporating audio descriptions to make it accessible to those with visual impairment. Both these talented young women also made other new opportunities for themselves despite the chaos of last year. Elin told me:

“I have been the Associate Director on a show called LOVE (former National Theatre show but being produced now by L’Odeon Theatre in Paris). I have been taking it around Europe since then (9 cities across 5 countries) and finished up earlier this month in Geneva. It was the most amazing experience. I learnt so much and by some miracle nobody caught Covid! I have been meaning to get in touch to say thank you because it was through a recommendation from the National Theatre that I got offered the job and they came to see Screwdriver, so without the platform of the award, I would have had a very different looking Autumn”

Together Eve and Elin have now got funding to develop another new play for Sheffield Theatres which will have a cast of 8 and tell the story of 3 generations of women.  We also hope to take them up on their kind offer to aid and support our new winners in the form of workshops and script advice.

Next year’s Evolution Festival will take place from the 1st to 4th March, 2022. This will include the now customary Scratch performances of new ideas from which we will choose the work that will go on to become the Bill Cashmore Award winner 2023. As in previous years, I would love you to come along be part of the team helping us choose. So please do come and watch, see what young people today are interested in and talking about, and offer your opinions and votes as to who best merits the Award that will give them the opportunity to turn their idea into a reality in 2023.

And of course we will have this year’s new play ‘Kick’ headlining the Festival each night so please do get your ticket for that early. Our supporter’s party will take place on the 3rd March, straight after the show so to all of you who donated so generously, please keep this night free to see the play and let us thank you in person.